Instacart Tipping Etiquette: How Much Am I Supposed to Tip? [Updated]

We asked a real Instacart Shopper how much you're supposed to tip on Instacart. So before you leave nothing, learn the truth about Instacart tipping.

Gigs Done Right is a gig economy resource delivering its readers on how to make money in the gig economy. We regularly partner with gig economy companies that offer jobs and services that will help our readers. Some of the links in this post are from our partners. How we make money.

Want to Earn Some Extra Money?

Need a tipping guide to figure out how much to tip Instacart delivery drivers? Or do they even get tipped?

The on-demand gig economy makes life easier — you can get groceries delivered in under an hour.

Instacart makes this possible and they conveniently offer coupons for big savings. What’s not to love?

Even tipping is made more convenient… no more fumbling around in your wallet for cash while the delivery driver is awkwardly staring at you.

But wait, do you even tip people on Instacart?

Instacart Customer Promotion: Get free delivery on your first order by claiming here (must complete sign up).

What do Instacart Shoppers Do?

Instacart shoppers make extra cash delivering groceries to people like you and me.

They get grocery orders and go shopping at local grocery stores and deliver those items to customers’ homes.

Much like other grocery delivery apps, they work flexible hours and all the orders come through the Instacart shopping app.

Do You Tip People on Instacart?

According to the Instacart help center, Instacart shoppers appreciate tips as a way of recognizing excellent service and 100% of your tip goes directly to the shopper delivering your order.

By default, a 5% tip is suggested at checkout, with a minimum suggestion of $2 per individual store delivery.

Can Instacart Shoppers See the Tip?

No. So if you wanted to tip cash or want to tip after delivery, when a shopper receives your order, your order would seem like a low payout and they don’t know you intend to tip later.

Update: As of August 2020, before accepting a “batch” — Instacart Shoppers can see the items requested, store location, the payment Instacart is offering for the order, and the tip being offered.

However, Instacart allows customers to alter their tip up to 24 hours after receiving the order. If a customer alters the tip they are required to leave feedback and the company claims that any customer who continuously (and egregiously) alters tips will have their account deactivated.

The current way Instacart tips are handled was recently changed following the announcement of a congressional inquiry into the practice of tip-baiting where customers will promise big tips to only remove the tips after the order is dropped off.

How Much are Instacart Drivers Paid?

According to user-reported data on Glassdoor.com, full-service Instacart shoppers, make between $7 and $20 per hour, with $11 per hour being the average.

At present, there is no “hourly guarantee” like on-demand ridesharing and other delivery services offer.

What is Instacart Tipping Etiquette?

Well, we would have to learn from the shoppers themselves, right?

We asked a real Instacart Shopper how much you’re supposed to tip on Instacart. So before you leave nothing, learn the truth about Instacart tipping.

According to Alex McDaniel, an Instacart Shopper/Driver, he says:

I’ve been a shopper and driver in Florida since summer 2016. I wanted to clear things up — we are not paid hourly, we receive no help from Instacart for gas or tolls or parking. About half of our income comes from tips.

While tipping isn’t technically required — if you received good service then you should definitely pay it forward. Instacart shoppers are paid much less than restaurant servers so tips are greatly appreciated by them.

So how much should you tip on Instacart?

Instacart recommends a 5% tip which is less than the 15% to 20% recommended tip in the restaurant industry. So if you paid $75 for your groceries, you should at least, leave the Instacart shopper a tip of $3.75. Leaving at least a 5% tip is considered good Instacart tipping etiquette. Your Instacart Shopper will see your tip before accepting the order and you have up to 24 hours after the order is delivered to alter your tip.

Gigs Done Right
Join us and learn how to make money in the gig economy. Gigs Done Right readers get access to all of the latest news, videos, and topics on gig workers. We recommend for all gig workers to use the free Personal Capital app to manage their cash flow from gig jobs and net worth. 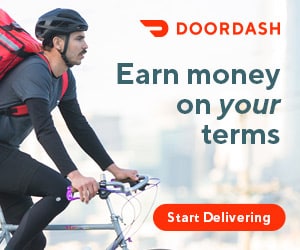 It's no surprise that we are on our smartphones a lot. I know I can't wait to be productive scroll through...
Read more
Gig Apps

Instacart is the world’s best-known and loved mobile grocery app - it’s as simple as that. Nobody makes it easier to...
Read more
Gig Apps

Looking for the best gig economy jobs and gig apps that pay you real money? Check out our massive list of 58...
Read more

Do NOT follow this link or you will be banned from the site!